Over The Moon Acoustic Roots Duo Shows. Here are some up coming shows, if you need any more info don't hesitate to contact us!

Kipling and DIstrict Arts Council presents Over The Moon

A singing troubadour, a dazzling acoustic guitarist, a humorous, heartfelt story teller who plays folk, blues, roots, Americana, comedy, and rock? A cheeseball Canadian trying to play his instrument like a West African, Sinti swing style guitarist? A crooner, balladeer, country picker, funny songwriter, slide player? These are all true descriptors, but stripped to the core Ben Sures is a talented and distinctive songwriter. Not one shaped by commercial radio, but by stories he’s collected traveling across North America, The UK, Europe, and Beirut. These are the stories that his audience automatically warms to, and ask him about during intermission. Throw in 20 years of festivals, concerts, living rooms, bars, neighborhood parties, afternoon matinees, parties, outdoor shows, and travel and you’ve got a potent sonic recipe.

Canadian roots/swing duo Over The Moon's Suzanne Levesque and Craig Bignell are award-winning multi-instrumentalists/vocalists that met, fell in love, got married and discovered their voices blend so well together that people often tear up upon hearing them sing. Living on a ranch in the foothills of Alberta's Rocky Mountains, it's inevitable there will be a strong sense of place- and the rhythms of the land when you start to make music. When the couple released their debut album, the resonances were there for all to hear: reflecting the pulse of life, lived in a territory that is both dirt-hard rugged and beautiful. Their music is a wild ride from 40's sounding western swing and Appalachian old-time, to cowboy blues. 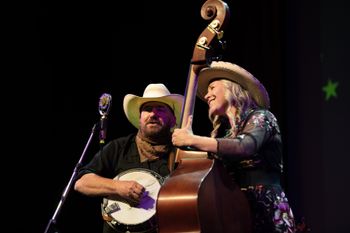 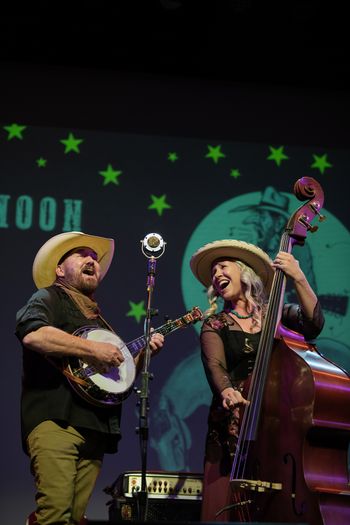 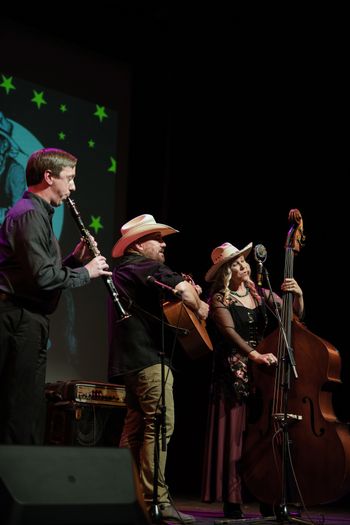 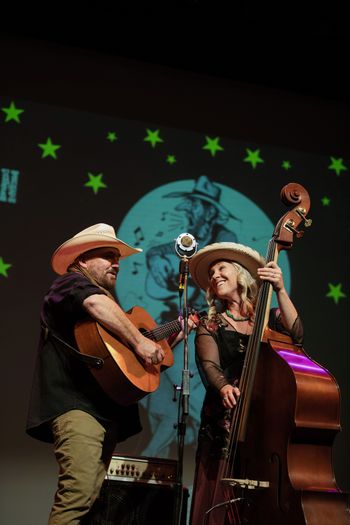 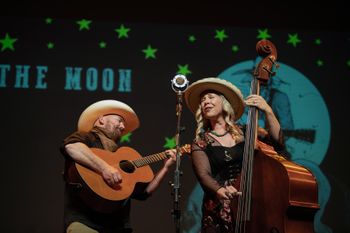