Over The Moon
Featuring award-winning vocal and multi-instrumentalists,
Suzanne Levesque and Craig Bignell

A short while ago the Traveling Mables from Calgary were recording a CD and they hired Craig Bignell to record drums, percussion, and banjo from his home studio in Grey County, Ontario. Everything was as usual for this type of thing, until they asked him to be part of their CD release in Alberta a few months later.   This would be Craig’s first time meeting Suzanne Levesque and they seemed to hit it off right from the start!

A few days after, a close mutual friend (Tom Jackson singer/actor) was having a dinner party at his Calgary home and many of the guests were from Alberta’s music community.  As fate would have it, Craig was staying with Tom at the time, as he was rehearsing for one of Tom’s Huron Carol Tours.  After dinner, people were sitting in a large circle taking turns playing and singing songs. When it came time for (the ever shy) Craig’s turn, he bravely went forth, clutching his acoustic guitar with obvious great strain and fear for his life:)

You see…Craig had made his career as a drummer/percussionist (www.craigbignell.com) and without a huge array of drums, cymbals and various incendiary protecting him, he was sitting utterly alone on a stool, singing some silly love song, completely terrified. Now as luck would have it, Suzanne's  band was also at this event.  She was watching as Craig struggled on in front of his often overconfident peers.   So from the shadows, Suzanne appeared, bass in hand to rescue Craig by adding her incredible voice and bass playing to this seemingly silly love song.   In doing so, she made him sound and feel so much better…

Craig could just feel himself relax, and he even ventured a smile as his voice returned to normal, losing the Slim Whitman vibrato sound that was present before she appeared…He thought his heart was going to burst!

And that was how the whole thing started. They’ve been singing together ever since and even have people asking if they were related, as their voices blend together so well they sound like family. I guess they are now as they were married five years ago:)

They continue the music and magic of that first night now with Over The Moon and getting rave reviews and gaining new friends and fans wherever they perform.   Their first CD "Moondancer",  was released in 2017 and it reflects the beautiful two-part harmony style that they are known for and the wide array of acoustic instruments that they play. Most of the songs are original and tell stories of life lived in Southern Alberta's ranching country. The title song "Moondancer" was given to them by their artist/ranching neighbor Ian Tyson!  Below is their first "one-page" from their U.K. release. 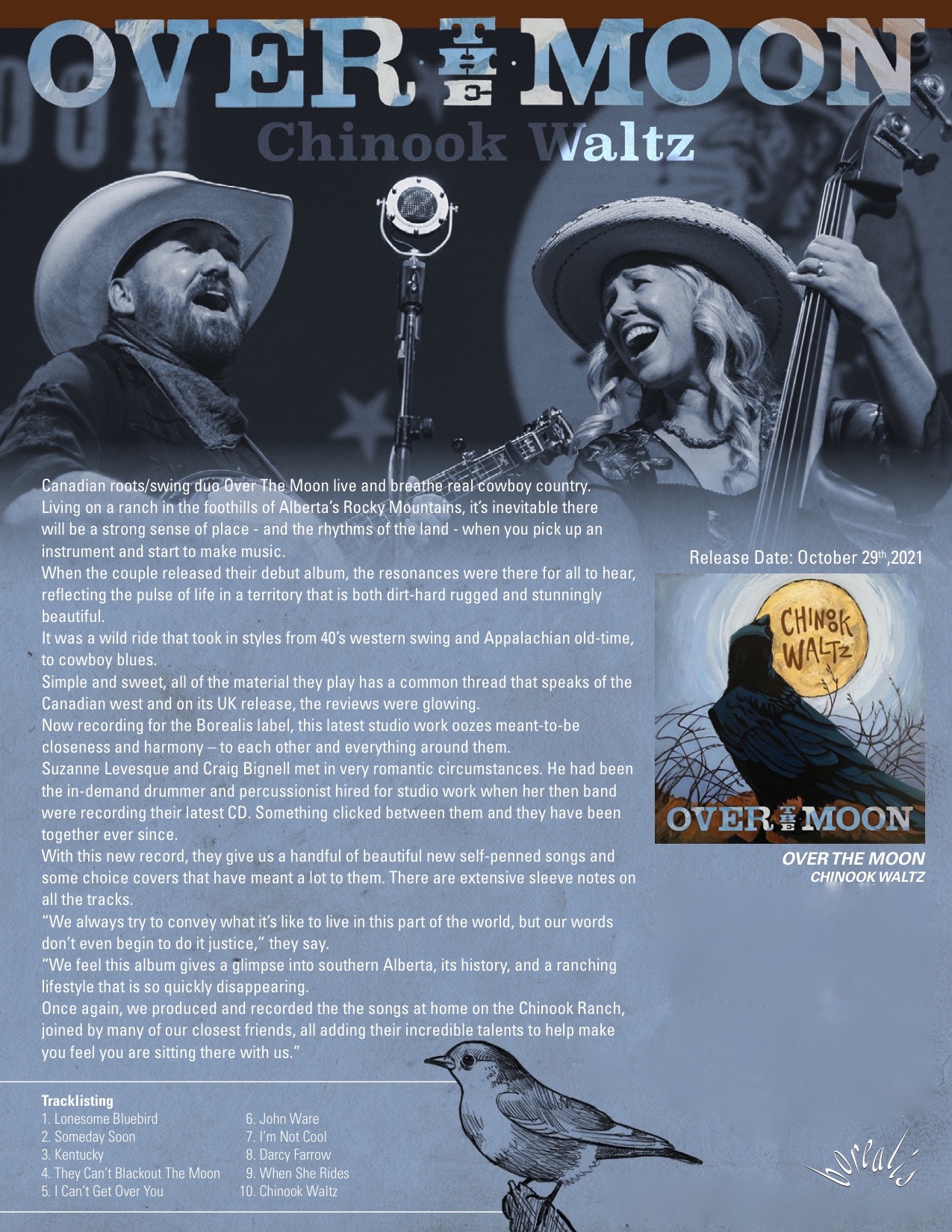 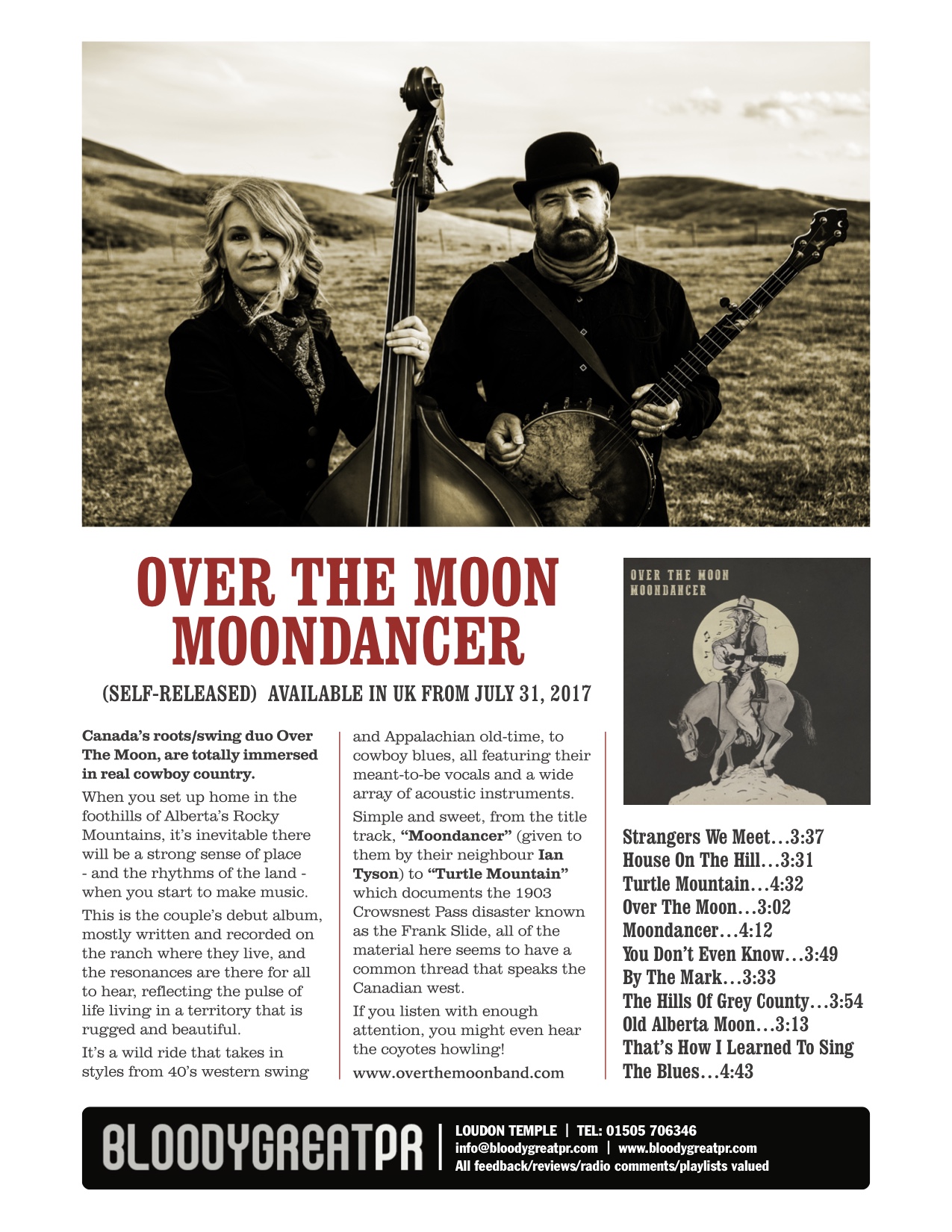