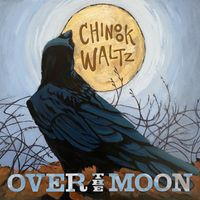 From the recording Chinook Waltz

Darcy Farrow
We loved Ian and Sylvia’s version of this old song, and since people out here compare us to them, we thought we’d give it a try. We changed it quite a bit and Suzanne added arco (bowed) bass on it in sections. We are thrilled with how it turned out…

Where the Walker runs down through the Carson Valley plain,
there lived a maiden, Darcy Farrow was her name.
The daughter of old Dundee, a fair one was she,
the sweetest flower that bloomed o'er the range.


Her voice was as sweet as the sugar candy,
her touch was as soft as a bed of goose down.
Her eyes shone bright like the pretty lights,
that shine in the night out of Yerington town.


She was courted by young Vandermeer,
a fine lad was he, as I am to hear.
He gave her silver rings and lacy things,
She promised to wed before the snows came that year.


But her pony, he did stumble, she did fall.
Her dying touched the hearts of us one and all.
Young Vandy in his pain, put a bullet through his brain,
we buried them together as the snows began to fall.

SOLO
They sing of Darcy Farrow where the Truckee runs through.
They sing of her beauty in Virginia City too.
At dusky sundown to her name they drink a round,
and to young Vandy, whose love was true.
SOLO